I Made Some Stuff 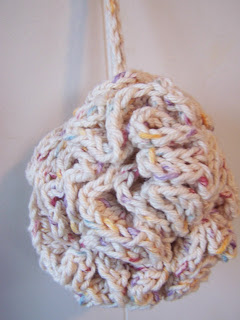 I finally got a picture of the shower pouf I made. It's going to be a Christmas gift. I cannot remember or find where I got the pattern, but if you google "crochet shower puff," you'll find one. It's basically just hyperbolic crochet. Google that sometime for some amazing stuff. It takes a lot more yarn than, say, a dishcloth or even the bath mitt. 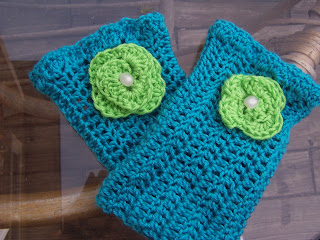 I made these while we watched a couple of football games. (we kept switching between the Dallas game and the Tennessee game) I was starting out making a scarf but soon realized it would be a very boring scarf both to wear and to make, so I started playing around with the square I had made and decided to make these nifty wrist warmers.

One is a little bigger than the other. I always loosen up a bit after crocheting for a while and that makes the gauge different. But I still love them and I might just keep them for myself. There will be more wristwarmers, though! Quick and gratifying. I thought they needed a little something so 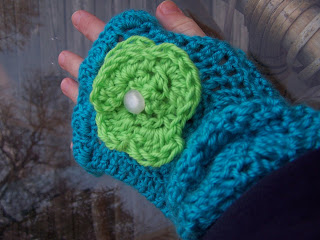 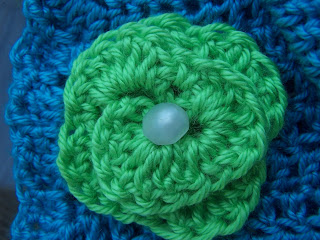 so I croceted the flower and added some pretty vintage pearl(ish) buttons.

Since this is a short week, we wanted to get the Roanoke SuddenValues update out a day early so I got most of my work done over the weekend, which means I might just get to crochet some more today.

Have an amazing week everyone.


My love to you. xoxoxoxoxox
Posted by Lisa at 7:43 AM

Thanks for visiting me today. These are beautiful. You are so crafty and talented. I could never do this in a million years.

Happy Thanksgiving to you and yours,
Mimi

I hope you had a happy Thanksgiving Mimi! I remember when I first started croceting. I was sit and say, "I can't believe I'm doing this." lol