It's springlike here today. Patrick is going to grill some steaks and burgers. I'm just being lazy, looking through flickr and surfing. I've been feeling all "nesty" lately, wanting to dig in and start making our home look pretty. I still have to get the rest of my furniture from the house I used to live in. I keep putting it off, for fairly obvious reasons I guess. Though he has been very friendly and kind every time I've had to go back to the house for something (like the Christmas ornaments I didn't take when I moved).

Anyway, here's a few pics. I've been playing with my new camera. We're going for a long walk later today and taking the camera with us. We're also going to experiment with the tripod today and some of Patrick's art. He is surprising himself with his creations. He was a graphic artist in another life but most of his creativity since then has been expressed through writing (we are in the process of editing his novel) and through sales. Something happened with these cedar shingles.

He brought them home for me to paint on but every time he picked one up, he would see these images and felt compelled to add things to them. When I told him there was a name for this work, assemblage, he was amazed. In fact, at first he thought I said "semblance." hehe As if it only appeared to be art. ha!

After he had made a bunch of these assemblages, I showed him some other work and he was blown away.

Our plan is to take these assemblages and my dolls and do lots of crafts fairs starting in the Spring.

I keep having to pinch myself that this is really my life.

Ok, here are a few pics of random stuff. 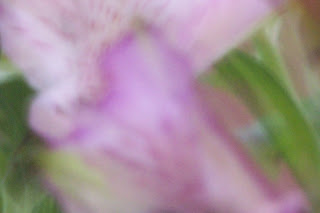 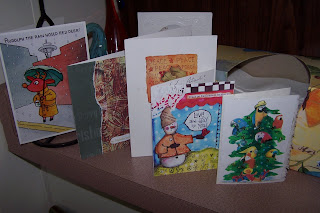 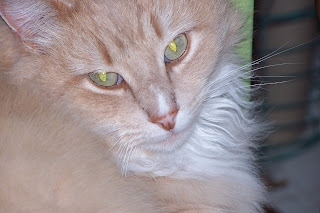 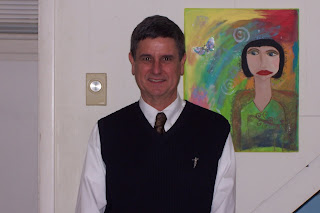 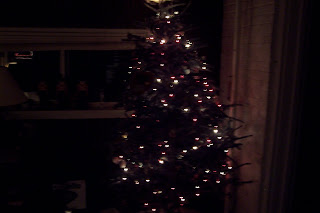 What? No "semblance" pics? :) What a beautiful cat - sounds like a wonderful day you've got planned.

LOL The ones I took are so blurry that I hate to post them, so we're going to take some new ones today. I'll post them later. :)

Yes, where are the assemblage pics?? Sounds very intriguing!

You have a wonderful life.
Thanks for the link to the Louise Hay movie too, I hadn't heard about that yet. Sounds a lot like the movie The Secret, but I'll still have to check it out since Louise Hay is one of my inspirations....

Wow! I love how your painting of the lady look's like she is looking at Patrick.

I love some blurry photos. Like the one at the bottom of my blog page.

Fun idea about the craft fairs. We have a Farmers market that not only you can sell vegetables and fruits but also arts & crafts. In the big city they have Saturday Market. Lot's of Arts/Crafts there.

Dd and I are going to loom knit today. I'll see what I come up with, when I am finished. She said I could make a tube scraf with mine besides baby hats. Like I said at Violettes though, I like the collar type of scraves. Don't know what you call them but I know they have a name.
She went to mall and to go buy more yarn. We are using the multicolor yarns.

Have a Great Blessed Weekend and the Day's left in this year!!!

How great that Patrick is an artiste too! Hope you have a great NEW YEAR! I'll give you a call soon!

Enjoy the new camera and be kind on yourself until you get the hang of it!

thanks for the fun post and the photos you included! :)