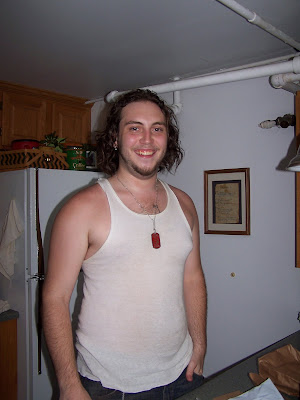 Nick turned 21 yesterday! Just unbelievable.
I'm so proud of the man he has become. He's such a good friend and has good friends. They look out for one another. 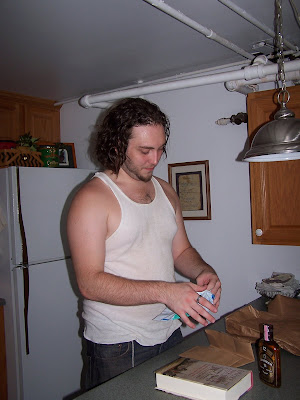 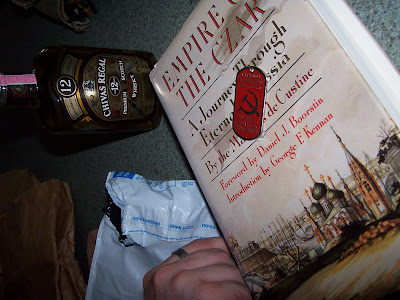 He's really into Russia. We got him this dog tag from a Russian Etsy Seller and a book on Russia. We also got him a subscription to Entrepreneur Magazine because he is definitely an entrepreneur. I think he will be successful in whatever he decides to do. I think he, for sure, will be his own boss. His ideas are endless and he has the capability to carry things out. Such an exciting time of life. And, of course, he's 21 so liquor was required, right? Patrick bought him a bottle of Scotch. His favorite. Not that he would know since he wasn't 21 until yesterday, right? 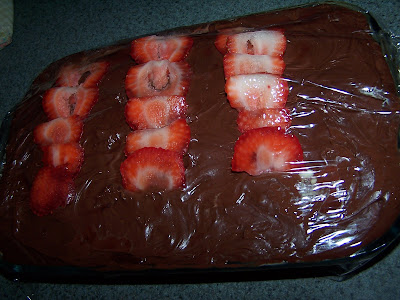 This was his cake. Looks weird because I took the pic while the plastic wrap was still on it. It's an eclair cake. Super easy but so good. Just mix together two boxes of instant vanilla pudding with a container of cool whip. Lay some graham crackers in the bottom of a baking pan, layer the pudding/cool whip mixture on top, then another layer of graham crackers, another layer of the mixture...let it chill a bit and add chocolate frosting. So easy. So yummy. I was going to spell out his name with strawberries for a little extra birthday kick but it looked weird so I just did three rows instead. 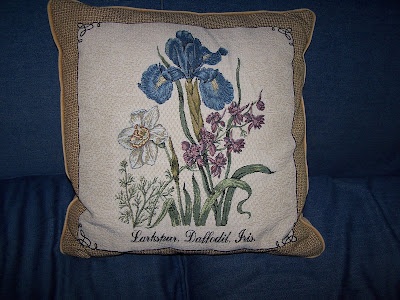 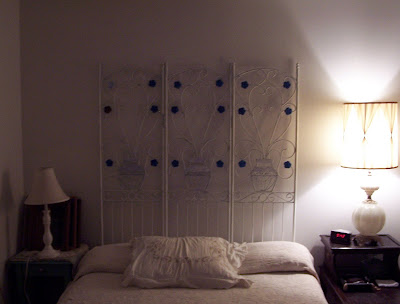 Today our landlord was cleaning out the garage to make room for my new bike and her bike. Nice, right? She had this screen that she sat by the curb and wasn't sure what she was going to do with it so I brought it in to use as a headboard. I've been looking all over the place for shutters, a gate, a door...something to use as a headboard and this works just perfectly.
The folks across the street were having a yard sale on Monday and I bought the lamp to the right for $3.00. Then yesterday, I bought the smaller lamp for $1.50.
The room needs some work but it's so fun to have "new" stuff to play with.
I also got 2 cute pairs of black ankle boots yesterday. A buck a pair. I bought Patrick some Elizabeth George novels and, let's see...oh yeah, a metal box to plant the rest of my jades in. Patrick got a flag shirt. He's going to wear it next weekend. hehe I'll take pics.
Our landlord also gave us a lamp timer, a tea kettle, a pureoxia bottle that she found while diving in Lake Champlain a few years ago. It's that gorgeous aqua color I like.
Life is very, very good.
Oh. Oh. Oh.
I almost forgot to say that a woman I met through the Morgan Harrington facebook last October took an interest in my art. She owns an organic produce store in Williamsburg, VA and she asked if I would let her put some of my pieces in her store.
Friday she came and got 5 paintings and a bunch of dolls.
I got a message from her today, saying that the business owner next door came into her store and instantly gravitated toward my paintings, saying how much he liked them.
That was a very good feeling.
I hope they sell for her. (well, and for me) :)
Have a great rest of the weekend or a great week if it's already Monday where you are.
Posted by Lisa at 12:23 PM

Your son looks lovely! Happy birthday to him :) My youngest son is 20 next birthday I can hardly get my head around it!xx

A very happy birthday to Nick. He looks very happy to have reached 21!!

Hi Lisa, that cake looks yummy! Hope Nick had a nice birthday. I like your banner and blog background. Thanks for posting my button on your side bar too! Hope you have a great week. Oh, I really like that pillow too, wow $1.00? Nice!

Happy Birthday Nick!
What a great smile.
Wishing you success in all of your endeavors.
8)

Happy Birthday Nick! Congratulations on your art, how exciting this is for you! Wishing you much success! You sure did find the bargains this weekend! Kudos to you!